The monastery dates back to the Lombard age founded around the 8th century by the monks of San colombano, who will welcome the Benedictine reform towards the 9th century, but it is known only in a document of 1014. In the XIII-th century, it controlled much of the lower part of the Val di Chiana.

In the fifteenth century it was in decline and in 1799 it was suppressed. The church has a single nave with a protruding transept in which five apses open. 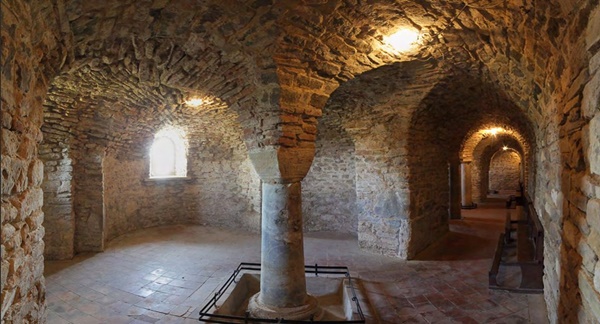