Bagno Vignoni is one of the most picturesque and best preserved medieval villages in Tuscany. Located in Val D’orcia, nestled in a picturesque landscape and world famous vineyards,is part of the municipality of San Quirico d’Orcia Siena,that is known worldwide for the Spa, whose activity dates back to Roman times.
Bagno Vignoni has a singularity because the urban Inns, homes and the Church of Saint John the Baptist grew around the tub in which flow the original thermal spring waters.
http://www.bagnovignoni.com/ 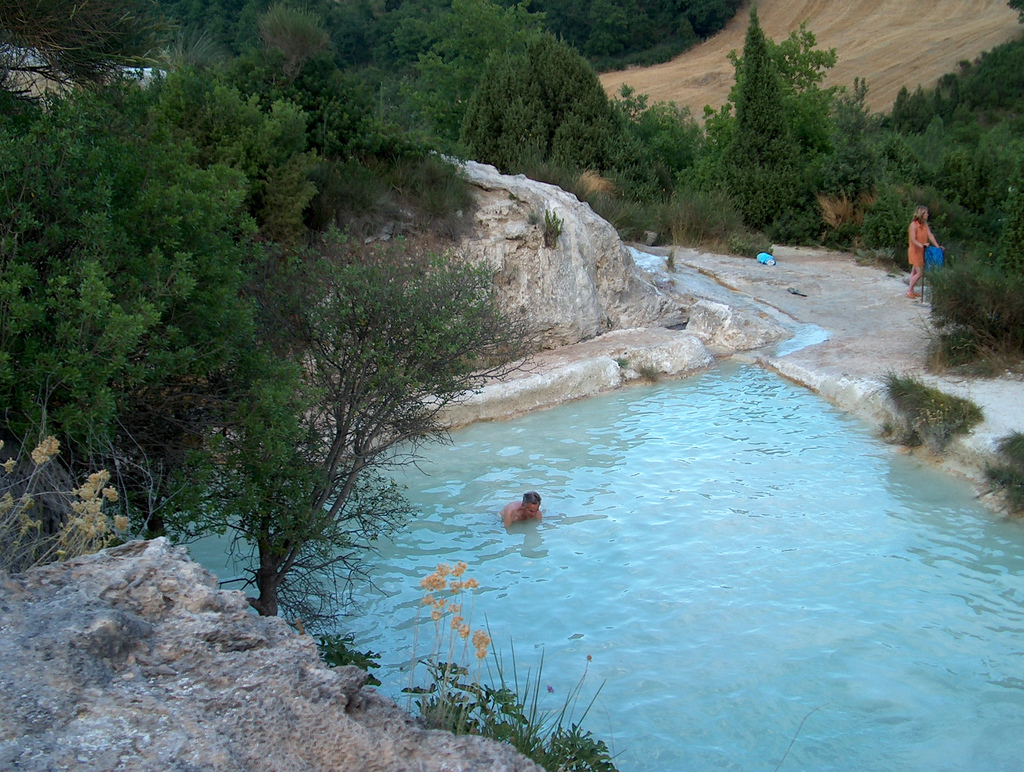 The Baths at Bagno Vignoni

The Restaurants of Bagni Vignoni and Pienza