The name comes from the Latin “Bonus Conventus” that means, happy place, lucky. The first historical evidence taht we have, is dated 1100, but surely the most important fact occurred in 1313 when, on 24 August, maybe not in the capital but still within the municipal area, died the Emperor Henry VII of Luxembourg, (better known as Arrigo) that had descended into Italy to restoring imperial authority. The story tells that the Emperor, poisoned during Communion by a friar of the place, died soon after along the via Cassia, probably at the town of Serravalle. 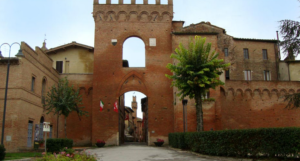