The first document about the existence of Campiglia is dated 973 a.d.
Today the country preserves the urban setting received before the year 1000 and therefore has great historical value It still preserves the South Gate of the ancient city walls. 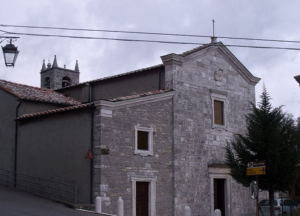 The parish church of the village is dedicated to Saint Blaise; this Church has a complex history and has undergone various interventions but the current structure dates back to the 18th century thanks to the work of the architect Leonardo De Vegni. Inside you can admire the work of Sebastiano Folli (1569–1621) of the Madonna standing with baby Jesus handing keys to St. Peter.
The ancient fortress of the town,overlooking the village and the castle of Campiglia, is today in a state of ruin, it belonged until the end of the 10th century to the counts Aldobrandeschi and became part of the domain of the powerful Visconti family in the 12th century.