The complex was built during the 12th century and belonged to the Hospital of Santa Maria della Scala in Siena; it is mentioned for the first time in a document from 1590.
The Church was later redesigned both externally and internally by the architect Giuseppe Partini in 1884, inspired by 16th-century models.
Since 1870 onwards it has been preserved within the Church of “Madonna of Vitaleta” ,in the historical centre of San Quirico d’Orcia, the statue of the Madonna attributed to Andrea della Robbia
The chapel of the Madonna is on a dirt road from Pienza to San Quirico d’Orcia,and is placed under the UNESCO protection. 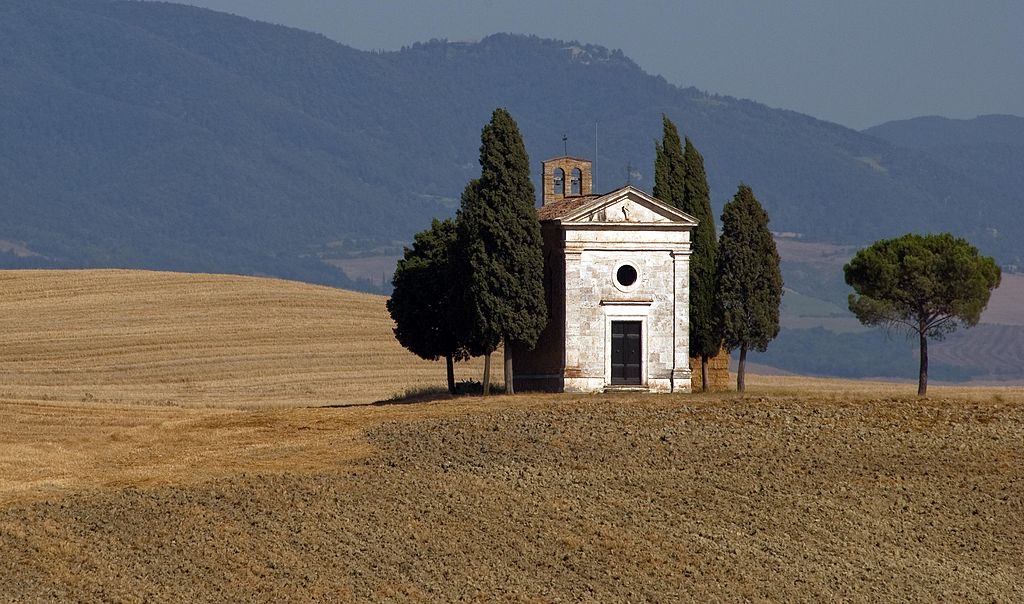