The Church of the Madonna delle Grazie was built near the town of San Giovanni d’asso, along the road to Asciano, at the end of the sixteenth century. In 1816, Jerome Marsili, (Rector of St. John the Baptist), entrusted Luigi Crocini  to reconstruct the Chapel, being in ruinous condition;the Reconstruction ended two years later, in 1818, and on 19 September 1819, the Church was consecrated. New restorations were made also after the second world war, when the church had been partly damaged. 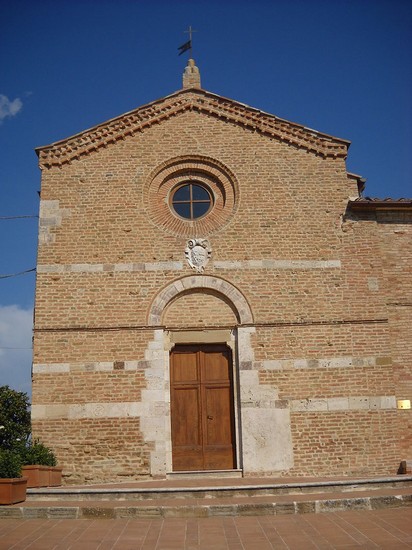