The first consistent archaeological testimonies date the first settlement in the area to the Iron Age, with rich funerary goods starting from the VIII century BC.

The Etruscan city of Clevsi, which later became the Latin clusium (Klysion, Κλύσιον in ancient Greek), had a fundamental importance, since it was placed on the artery connecting Rome to northern Etruria, following the Tiber and its main tributary, the clanis, being the valley of the same name extremely fertile.

The first written testimonies of Chiusi date back to Hellenism, when, in a polybio document, the name of the city of Chiusi appears in relation to the invasions of the Celts. Then follow the stories about characters like arunte and the famous lucumone chiusino porsenna. Servio describes Chiusi as one of the oldest Etruscan cities, founded by Cluo, son of Tirreno. The ancient authors still remember it as an ancient and powerful city and praise the fertility of the soil. The Etruscan settlement developed on the three hills on which then arose the medieval and modern city. 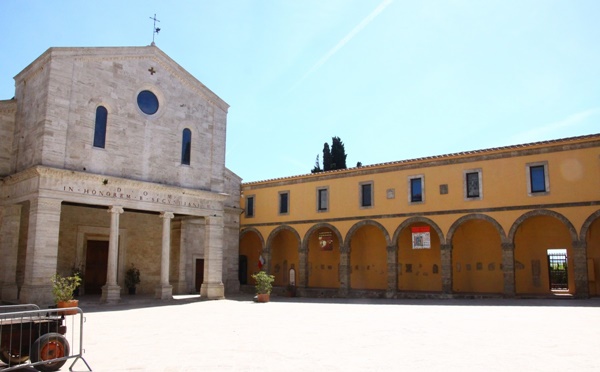