The area of the current municipality of foiano della Chiana was populated since the 6th century BC, when the whole Val di Chiana witnessed the proliferation of Etruscan civilization.
After the long Roman domination (III century B.C. – V century), the dark age of the barbarian invasions occurred, with the swamp that began to desolate the fertile Chiana lands. In the Middle Ages the community of foiano was the first, in Valdichiana, to acquire a city statute and to proclaim itself free and independent common, in 1084. 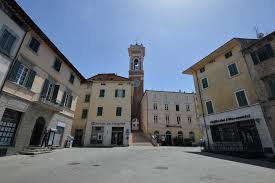