the Municipal Museum, which houses valuable works from the 13th century to the 18th century (including two paintings, San Francesco receiving the stigmata and Madonna and Child, attributed to Luca signorelli) and the splendid Golden Tree (also known as Tree of Life or simply Lucignano Tree).
The latter is a reliquary (about 2.60 m high), made between 1350 and 1471 by Ugolino da Vieri and gabriello D’Antonio and coming from the Church of San Francesco.
From the central stem, resting on a Gothic temple three-storey case, are released twelve branches (six on each side), all topped by a crucifix and a pelican. The branches are covered by decorated leaves and small reliquary-cases at whose apex there are medallions, which once collected miniatures and rock crystals, surrounded by coral twigs to represent the blood of Christ; 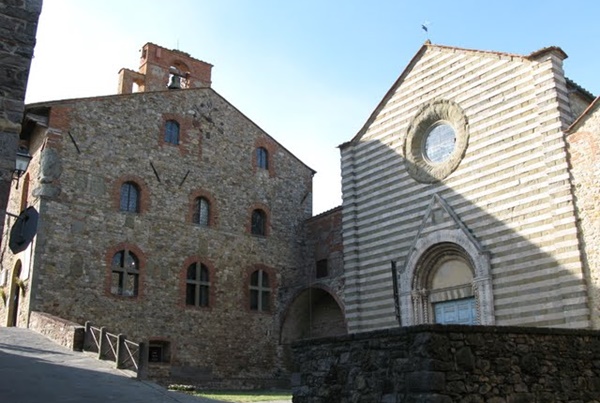