The municipal area and the hill on which today stands the chief town knew a dense population, like all Valdichiana, already in the Villanovan and Etruscan times. The area fell under Rome during the 1st century BC, thanks to the conquest by Silla. A Roman contingent, under the orders of consul Lucio Licinio Lucullo, settled right on the hill where today stands the village and here founded a castrum that, in honor of the consul, was renamed lucinianum.

The architectural aspect of lucignano is very singular, especially for the notable difference between the buildings of the two parts of the old town. Entering in fact from Porta San Giusto there are two roads: via Roma that goes left and via Matteotti that turns right. The first one is traditionally known as “via povera”, as the most humble families lived there in ancient times, and is distinguished by the presence of medieval buildings with small dimensions. The second one is instead called “via ricca” and here once lived the noble families of the village, as witnessed by the elegant buildings in Renaissance style.

The remarkable beauty of the historical centre of lucignano has meant that today the village is decorated with the Orange Flag of the Italian Touring Club.

The city walls, which surround the historic centre like an ellipse and from which it passes through the two gates of San Giovanni and San Giusto, both built in 1371 (while a third door, also built in 1371, was later closed, taking the name of Porta Murata; it was recently reopened to visitors). 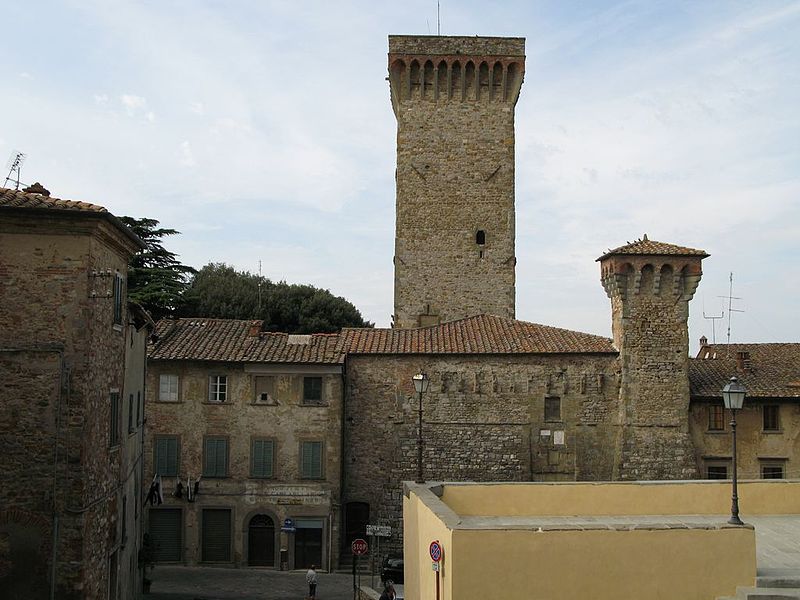