Dedicated to the Arezzo Gaius cilnio patron, an important figure of Rome at the time of Augustus from whom comes the word patronage, is housed since 1937 in the former monastery of Saint Bernard, built on the remains of the Roman amphitheatre of the II century AD.

The collection was previously in another location and has existed since 1823. Enlarged by excavations and acquisitions, it was rearranged after the restoration of the monastery in 1951, which healed the war damage. In 1973 it was acquired by the Italian State. In the nineties it was the last rearrangement. The museum is spread over two floors, with a topographic presentation (on the ground floor) and thematic (on the second floor, where are the objects of paleontology, prehistory, numismatics and private collections donated by some citizens of Arezzo).>>GpsCoordinates

The Diocesan Museum of Sacred Art of Arezzo, was established in 1963, but opened regularly to the public only in 1985, and located in some capitular rooms above the sacristy of the Cathedral of San Donato. In 2011 he was transferred to the Bishop’s Palace.

The Museum exhibits works of art and liturgical furnishings, dating from the 12th to the 19th century, coming from the cathedral and churches of the diocesan territory, significant for the history and knowledge of the religious and artistic culture of Arezzo.

The museum is housed in a Renaissance palace built for the Bruni family, probably by the architect Bernardo Rossellino. The building belonged later to the family ciocchi del Monte, then to the barbolani of montauto. From 1816 it was acquired by the Grand Duchy of Tuscany, finally reaching the Italian State. In the fifties it was decided to set up the museum, which was inaugurated in 1972.

The museum houses works coming mainly from the collections belonging to the Fraternity of the Laity, an association for charitable purposes founded in 1262, and from the Municipal Art Gallery of Arezzo, with the artistic assets confiscated by the laws of suppression of the nineteenth century. The exhibition is spread over three floors of the building. 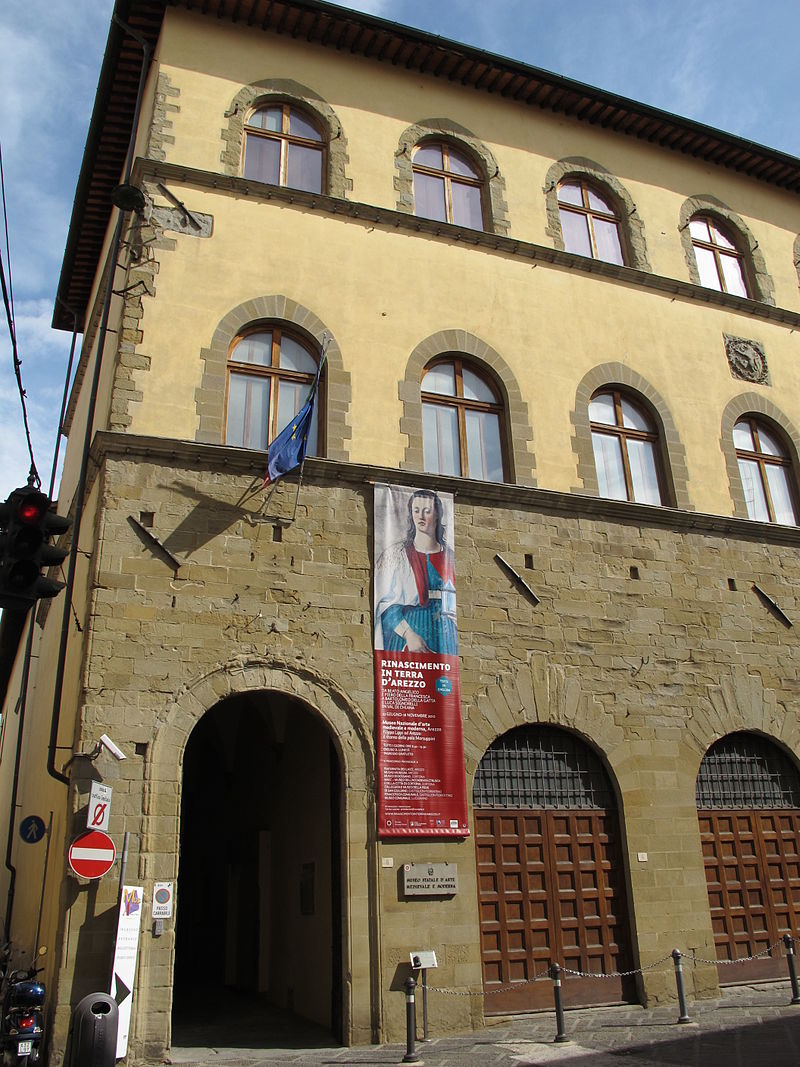