The reserve gets its name from the farm Lucciola Bella, one of many agricultural settlements in the area, recently transformed into a cottage. 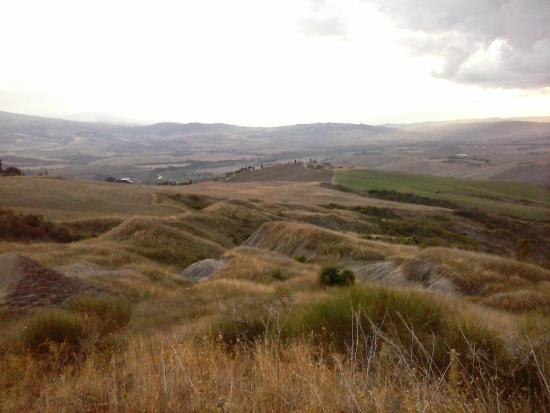 From the farm, overlooking the clay hills which form the protected area, you can admire the Monte Cetona, mount Amiata and the picturesque villages of Monticchiello, Pienza, Radicofani e Castiglione d’Orcia.
In 2003 within the reserve were found the fossilized remains of a species of Dolphin, a marine mammal similar to a dolphin,that lived in the area more than 4.5 million years ago, at a time when the Tyrrhenian coast was the area where today are the Badlands clay. The fossil was considered by scholars of great scientific value because it is the most complete specimen of the species in the world.

The road that leads to Lovely Firefly (bella lucciola) is among the most photographed in Italy.