In its communal territory fought the famous battle of Lake Trasimeno between the Romans and the Carthaginians led by Hannibal. The present village was formed in medieval age: not before the XIII century according to scholars of local history

Church of Santa Maria Maddalena, built towards the end of the fourteenth century, was rebuilt in the second half of the nineteenth century on a project by Giovanni Santini. It contains a fine fresco by the futurist painter Gerardo Dottori (1949).
Campo del Sole, built between 1985 and 1989, is an open-air museum of 27 columns-sculptures of major contemporary sculptors. 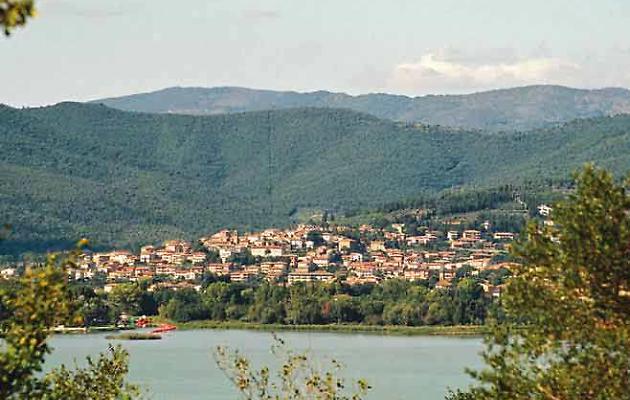